Initially, the MIDI tool was used on a laptop but now there are cool MIDI apps that you can use on your Android device. Even though there are various options of MIDI controller apps for Android, there needs to be more and diversified MIDI keyboards like 61 key midis to be developed and released. Consequently, here is a list of some of the best Android MIDI keyboard for you. 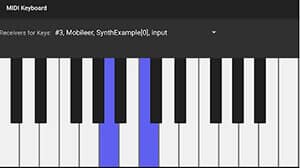 If you happen to be searching for a MIDI Android on Play Store, do not be surprised if MIDI Keyboard is shown to be among the popular musical instruments. This clean and effective app was built for the purpose of enabling keyboard players and software developers to control their different tools including Ableton Live and Reason.

The app is a MIDI controller meant to be utilized with a synthesizer since it cannot act as a MIDI synth or produce sound itself. This MIDI input device allows you to transfer your MIDI files from your Android device to your computer. It is important also to note that since Wi-Fi is not supported, you will have to rely on a USB cable for connecting your mobile device to your PC. 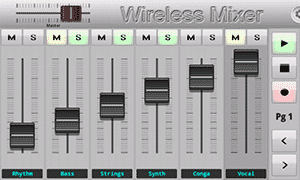 This app lets you to wirelessly control your keyboard. The wireless Mixer is indeed an advanced MID control interface for PC music applications.

One of the main advantages of the Wireless Mixer is that it helps in reducing cord clutter that is synonymous with music studios. Of course, that does not mean you do away with your computer since you will still require DAW or laptop with your preferred software.

The Wireless Mixer has a variety of features including:

Even though this one of the top free midi keyboard programs available, the interface of this particular app is not customizable. Since the app supports ads, it may prove to be annoying and disrupting since you cannot do away with the ads. 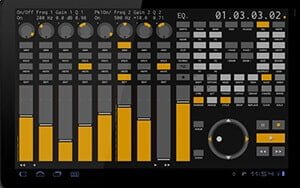 This app is ranked to be among the best because it comes with a variety of features. The user interface of the app has incorporated numerous controls and options.

For that reason, you may initially encounter some difficulties in setting up and using the app but you are guaranteed that once you are familiar with its working you will definitely love it.

The most common functions and features that the app provides include a MIDI mixer, multi-touch MIDI keyboard, multi-touchlaunchpads, and configurable XY-controller pads. A connection is possible via USB cable or Wi-Fi. 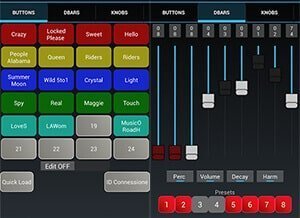 This piano app for Android and tablet through its MIDI input and output enables you to transmit MIDI messages by way of a MIDI interface that is connected using a USB cable. The buttons found on this app are able to be configured for the purpose of controlling and changing different aspects. It is also possible to choose the number of buttons for you to use or have.

Once you have configured the knobs and buttons, you can proceed to connect your particular droid device to the keyboard to start experimenting. Like other music keyboards for Android, you can use this keyboard for managing tempo, velocity, frequency, etc. 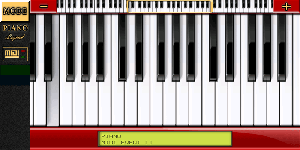 Using this app, you can use your phone as MIDI. The app serves a dual purpose given that it is both a keyboard MIDI and a digital piano app. The app does not support Wi-Fi connection, it only allows USB cable which works just really fine. The user interface of the app is clean, functional, and user-friendly and the layout is good.

The only disadvantage being that since it is not possible simultaneously to see all keys, you are supposed to use a tablet having a larger screen. It is also possible to note that you can modify the sizes of the keys.

The freemium app has ads that can only be eliminated by upgrading the app.

In conclusion, using these Android apps, you are guaranteed that you will end up saving some valuable time especially during practice sessions and even be more creative