The clock is ticking down to all the biggest holidays of the year, which means many of us will be taking time away from work to spend more time relaxing. This means we’ll have plenty of opportunities to watch great movies and TV shows with all the most special people in our lives.

There are, of course, plenty of great Christmas movies that we all love to watch on TV, including Home Alone, A Christmas Carol, Santa Clause, and Die Hard. However, sometimes, it’s great to watch something new, whether it be to settle in for a great movie or binge-watch a boxset.

Streaming services have made this much easier than it once was since we have entire libraries of content at our fingertips without being at the mercy of the TV schedulers or having to go to the shop to pick up some DVDs.

If you’re looking for the best streaming service to use during this holiday season, check out these great options.

Amazon Prime Video is one of the big hitters in the video streaming market. If you already have a Prime subscription that you use for accessing the company’s express shipping, you won’t need to pay any extra to watch its extensive library of content.

Besides thousands of hours of licensed content acquired from big movie studios and TV producers, Amazon invests in its own original content. This has seen the production of hit shows like The Man in the High Castle, The Grand Tour, Red Oaks, and Mr Robot.

Depending on the country you’re in, you’ll also have access to live sport, including ATP Tennis, the English Premier League, PGA Golf. There’s also a wide selection of exclusive sports documentaries, covering sports like football, Formula 1, and rugby.

If you’re a poker fan, there’s a whole dedicated streaming service for you. PokerStars TV carries full-length TV shows, interviews with the biggest players, and coverage of both live and online tournaments. It’s one of the biggest collections of poker-related content on the internet.

Unlike some other streaming services, PokerStars TV is available at no cost. You can watch it via your smartphone or tablet thanks to apps for both Android and iOS, as well as through your smart TV or computer thanks to its YouTube channel.

If you love learning new things, then CuriosityStream is a perfect streaming service for you. Created by John S Hendricks, the founder of the Discovery Channel, CuriosityStream brings you countless hours of documentaries on topics like science, history, and geography.

Like most other services, CuriosityStream is available on most platforms, including the web, your TV, smartphone, and tablet. 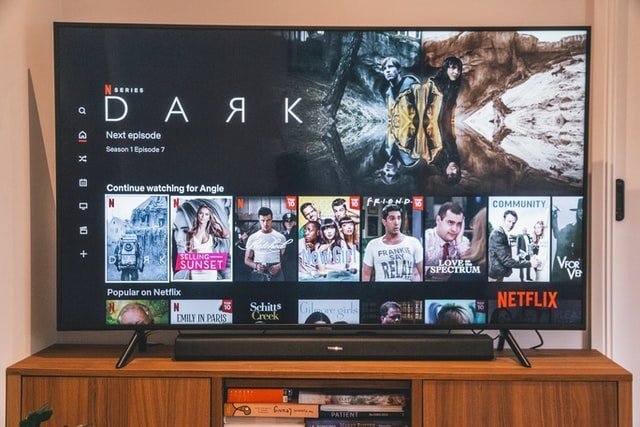 If you love British shows, then BritBox is likely a great pick for you. A joint venture between the BBC and ITV, two of the UK’s biggest television broadcasters, with input from Channel 4 and Channel 5, BritBox has the most comprehensive collection of British content on the internet.

So whether you’re at home or traveling to visit loved ones, you’ll be able to binge-watch Doctor Who, Broadchurch, Downton Abbey, and Fawlty Towers. There are also new and exclusive shows like Spitting Imagine, which will amuse anyone that follows British politics.

At $6.99 per month, BritBox is also cheaper than most major streaming services, including Amazon Prime Video and Netflix.

With all these different streaming services available, you won’t be short of shows to watch this winter. Of course, you’ll want to make sure the right TV for the job too, so if your existing one is looking tired, consider picking up a new one in the holiday sales.