Virtual reality known as VR videos is often famous because of its adventure and entertainment that gives you feel of being there in that unreal world of cinematic effects and 360-degree virtual reality.

Nowadays the question of how to play VR apps on Android and iPhone devices has been asked every day by the new users on the web, for that we have written this article to give you every answer to your question with ease.

In smartphones, whether it is android or iPhone, it should have a gyroscope inside to run the 360 virtual reality videos. There are many VR apps in the market if you have a 360 gyroscope compatible phone. Moreover, after the launch of google cardboard in the market, it is somewhat reasonably priced and affordable to experience the whole new adventurous world of virtual reality. Do check the best VR headsets review before buying. 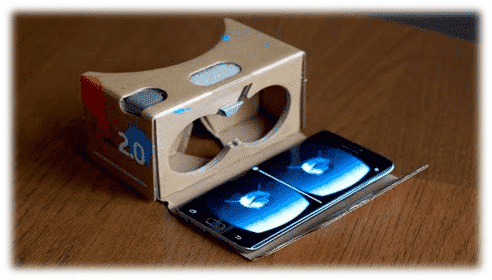 In the market of apps and games, there are tons of application on the store which are made for playing virtua90ol reality 360-degree videos, but we will tell you only a few of them which are best for your smartphones whether it is an android or iPhone device.

Most of the apps that we have to listen down here work on both Android and Apple IOS devices. So let’s start with the apps

Best VR and Cardboard apps for your Smartphone

Follow these steps to play VR apps on your smartphone

Note: – make sure that your phone is gyroscope supported before using the application.

Finally, I would like to thank you guys for visiting our site, and I hope that you enjoyed reading this article and have found it useful.