You are here: Home / Uncategorized / Top Reasons For Cricket Popularity in Bangladesh 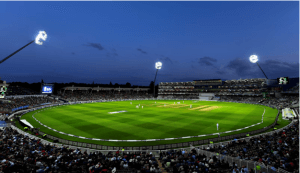 Cricket is undoubtedly the most popular sport in Bangladesh. Although it has not always been the number one sport in the nation, it has been around for a long time. The history of cricket in Bangladesh predates the country’s official independence in 1971. The sport has progressively gained prominence since it was first played in the 1950s.

Today, Bangladesh is one of the biggest names in international cricket. The sport is played extensively at national and local levels, with various tournaments held annually throughout the country.

Although cricket is the most popular sport in Bangladesh today, Kabaddi remains the country’s official national sport. Also, before this widespread prominence of cricket, football was the most popular sport in Bangladesh in the 1970s and 1980s. This shows the gradual growth pattern of cricket from a minority sport to one that took over the country, diverting attention from other sports.

It’s also worth noting that recent developments, such as the Bangladesh Premier League, foretell an even broader expansion of the sport in the near future.

This article will explore some of the biggest reasons behind the meteoric rise of cricket into prominence in Bangladesh. Let’s dive right into it.

Here are some of the most outstanding achievements of the Bangladesh national cricket team:

Establishing the Bangladesh Premier League in 2012 was a masterstroke in the country’s cricket development. The impact of this competition on the popularity of cricket in the country is evident in its remarkable growth within a short period of its existence.

One of the primary inspirations behind the BPL establishment in 2012 was the Indian Premier League (IPL), which is the same format. Within a short time after its founding, many countries got to know more about IPL due to the massive attention it gathered. The IPL is presently the biggest T20I league and one of the most popular sports leagues worldwide. The success of the IPL started the T20I league trend, which birthed several domestic T20I cricket leagues in different countries, including the BPL in Bangladesh.

The BPL created a broader fan base for cricket and helped develop the talents of the sport in the country. Many people began to associate and identify with the teams in the league, especially the ones in their city. This spike in interest in domestic cricket gradually led to a further increase in the fan base and popularity of the sport.

Since its establishment, the BPL has gone on for eight seasons, with seven teams currently playing in it. Today, the league is followed by many countries beyond Bangladesh.

Cricket is an integral part of the sporting sectors of many countries, including India, Pakistan, and Australia. However, compared to popular sports such as football and basketball, the number of countries that play cricket as a mainstream sport is minimal. As a result, it is plausible to argue that the lessened competition around international cricket contributed to the sport’s popularity in Bangladesh. This also applies to other major cricket nations.

One of the factors that further confirms this notion is the rapid rise in popularity of the BPL in international cricket. Although founded only ten years ago, the seven-team league is now regarded among the top ten cricket leagues globally. In fact, the Indian Premier League (IPL) and the Australian Big Bash League (BBL), currently the best domestic cricket leagues in the world, only started in 2008 and 2011, respectively.

Compared to football, which has several local leagues and teams over 100 years old, it is clear how quickly these domestic cricket leagues have gained massive recognition within short periods.

Culture has also significantly influenced the acceptance and popularity of cricket in Bangladesh. Countries such as India, Pakistan, Bangladesh, and other Southern Asian nations are known to have similar cultures. Hence, they share many values and interests, including cricket as a sport.

Because these nations are so tightly tied in value, they influence each other’s activities. For instance, India, which has always been a significant player in the cricket world, is a major influencing force in the sporting landscape of Bangladesh. Hence, the shared love for cricket between both countries.

Cricket was not always the most popular sport in Bangladesh. However, the narrative shifted due to certain factors, some of which are discussed above. Of all these factors, the creation of the Bangladesh Premier League, a top-tier domestic league, stands out as a significant force behind the massive growth of the sport in the country.