You are here: Home / Uncategorized / Top 4 Romantic Movies That Will Make You Cry Nonstop

Are you looking for some romantic movies to enjoy this weekend? Well, look no further as this list will suggest some of the best movies you can ever find.

We all love romantic movies. The vibes, the characters, the story, and even the music make our hearts melt. Romantic films also have a lot for us to learn and apply to our life.

If you are seeking a few lovey-dovey films to binge on, well, luckily, we have gathered a list of some typical romantic movies updated on https://fcine.tv that a film buff must watch. Let’s keep reading to find out more!

Let’s start off  with a very lovely movie called One Day. If you are in love with romantic movies, this one must be on your watch list.

The movie starts with Dexter and Emma. That one day, 18 years ago, they first met each other after graduation. They spend a pretty lovely yet platonic night together as a friend to each other.

Then a year later, Emma moves to London to pursue her career. Dexter decides to travel around the world. During this time, they still keep in touch and frequently write to each other to share their new life. At this part, you can begin to see that they have already developed feelings for each other, but Emma still turns down Dexter.

Time flies, and there is one thing you can know  for sure that although they share a mutual attraction, Emma and Dexter always try to keep things platonic. But eventually, one thing leads to another. And after many years later, after too many things happening in each other’s life, Emma and Dexter finally decide to stay together. But what happens next does not seem to be that simple. Ps. I Love You

Next up is a romantic tragedy that you would never regret watching. From the first few minutes, you can realize that Holly and Gerry are living a beautiful married life in Manhattan. Although they frequently fight over many things, they still love each other with a passion.

One day, Gerry dies of a brain tumor, and at that moment, Holly realized how much she has loved him and how much she loved having an argument with him back then.

The loss of Gerry drowns her in depression, and Holly chooses to isolate herself from friends and family. At this time, her friends and family try to show her what her life should be with a message from Gerry: P.S. I love you.

As time passes, Holly keeps receiving messages from Gerry (but in fact, it’s from her friends and family). Although it may seem to be a thing of the past, Gerry’s guideline has helped her move forward to the future. She starts to bounce back to her normal life. 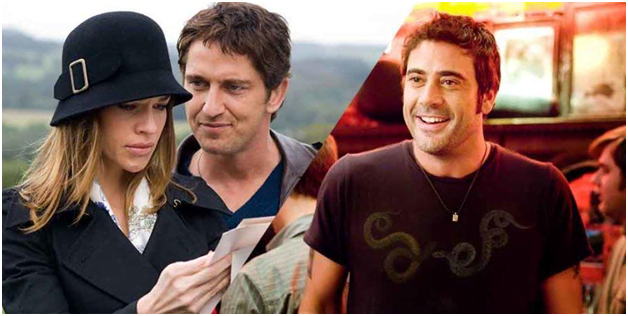 P.S. I love you/ Source: joyscribe.com

Once again, the story starts with a friendly relationship between a man and a woman. Rosie and Alex have known each other since they were children  and have always been so close. During a birthday party, Rosie kisses Alex, but back then, Rosie was so drunk to remember that they have actually locked lips. Alex also comes to the realization that he has special feelings for her.

Despite that, Rosie goes to the school dance with Greg. Apparently, she wants to go to the dance with Alex. However, his mind was on another girl named Bethany. When the dance finishes, Rosie has intercourse with Greg, and the condom, weirdly, slips inside her body.

A while later, Rosie surprisingly finds out that she is pregnant with Greg’s child. She didn’t tell anyone, including Alex, because she is afraid that she will discourage him from going to study at Harvard. Rosie then gives birth to an adorable girl named Katie.

Years later, Rosie comes to visit Alex, and they spend lots of time talking together and hanging out with each other. Rosie starts to realize that Alex has his own life without her. He has a girlfriend who is bringing his child.

Want to find out what’s next? Come and enjoy the movie by yourself because the ending is so satisfying and worthwhile. To many people, Love, Rosie reminds them of their childhood and youth, which includes lots of beautiful yet pitiful memories. Crazy Rich Asians is well-known even before it is officially released. The movie is adapted from the book with the same title.

The story begins with Nick Young and Rachel Chu. Rachel works at New York University as an econ professor. She has a boyfriend named Nick Young. Nick invites Rachel to Singapore – his home country for a wedding party. At that time, she found out that Nick’s family is a crazy wealthy Asian family.

The difference between Nick’s family and Rachel’s has led to  lots of thoughtful experiences. Nick’s family does not seem to like Rachel, but Nick insists on marrying her. That when the plot gets complicated.

The thing that makes this movie so popular worldwide is that it depicts a lifestyle of typical affluent Asian families that you could never imagine. The love story between Nick and Rachel also has many meaningful things that we all can learn from. Anyway, Crazy Rich Asians is an appealing movie that is worth watching. Let’s Wrap It Up,

Above are some of the most moving and appealing romantic movies for you to binge on weekends, according to our verdicts. Funny, romantic, miserable, pitiful, everything is combined perfectly into a few hours on screen. If you are a film buff, especially to anything romantic and tear-jerking, then we are confident that you would not want to skip any of the above. Enjoy your movies!